Recently, I took Fashion Styling, a course at Central Saint Martins in London.
During that week, we worked in teams on a shoot for the magazine of our choice. We had 4 themes and we could interpret the themes however we wanted to.
My team and I, chose the “England’s dreaming” theme. We got inspired by a book named England’s dreaming  by Jon Savage in which the punk’s origins and the Sex Pistols are the main subjects.
Following our research, we decided to shoot 3 different periods of England’s history based on everything that surrounded us whether on the street, at an art exhibition or at the university itself.
The 3 periods were: the 60’s, inspired by the famous model Twiggy, the hippies period and finally the punk era.
However, we did not want to replicate Twiggy’s style in our shoot, or show you the stereotyped hippie  and punk looks; so we went beyond that, renewed these 3 periods, and showed different aspects, modernizing them in the process.
Next, we had to choose the magazine we were doing our shoot for. We chose ID magazine because it is edgy, daring, spontaneous and we recreated the atmosphere of the magazine. The title was “Back to the future” because our shoot was kind of a throw back but at the same time we tried to picture what these looks would be like today and how they would have evolved. 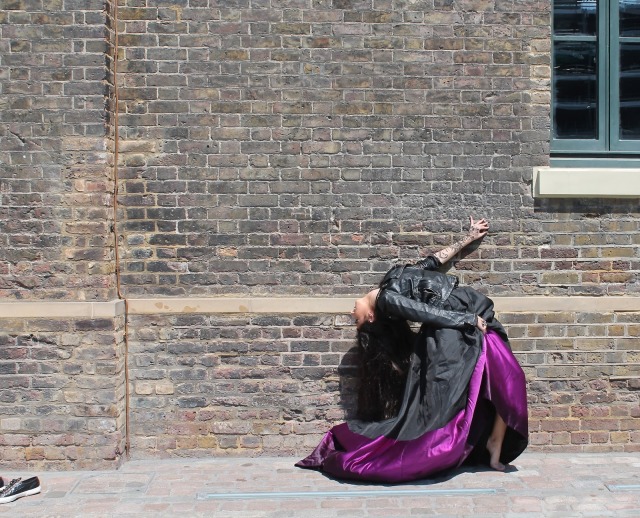 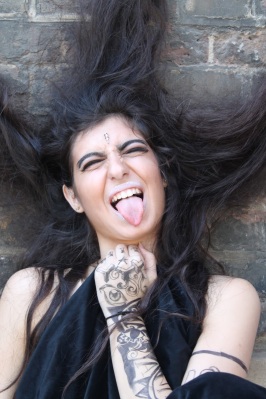 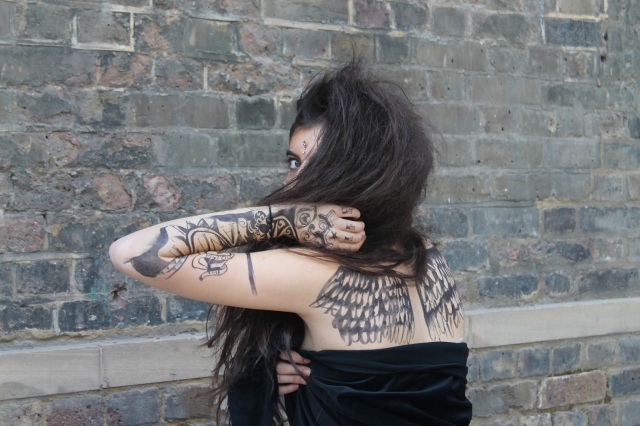